Over One Million Dollars in Damages for Discrimination Based on Transgender Status? 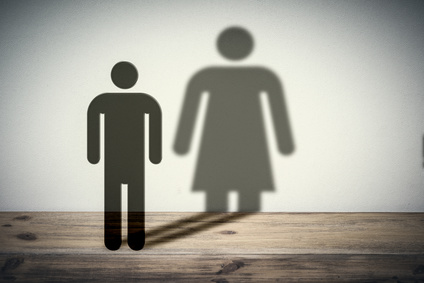 A professor claims that she was denied tenure only after she began transitioning from male to female-will this support a claim of discrimination based upon gender in violation of Title VII?

According to Tudor’s complaint, she is a male-to-female transgender professor who began working for Southeastern on a tenure track in 2004.  At that time, she presented as a male and used a traditionally male name.  In the summer of 2007, Tudor claims that she notified the university that she planned to transition from male to female and begin to present as a woman in the upcoming school year.   Following this announcement, Tudor claims, she received a phone call from the HR department to discuss issues related to her transition and at some point, was warned that the vice president of academic affairs for the university had asked if Tudor could be fired because her transgender lifestyle offended his religious beliefs.

Starting in the 2007-2008 academic year, Tudor began presenting as a woman and using the name Rachel.  In 2009, Tudor began making preparations to apply for tenure and promotion to the position of Associate Professor, in accordance with the applicable process related to tenure at the university.  During a meeting with the Dean of the School of Arts and Sciences related to her application, he insisted on using male pronouns to refer to Tudor, despite being advised that Tudor was a transgender woman.

Despite recommendations from the review committee and the chair of the English department, ultimately, Tudor’s application for tenure was denied and Tudor was provided no explanation.  This decision was upheld up the chain—through the vice president and president of the university. Tudor was also denied the opportunity to reapply the next year.  As a result of her failure to attain tenure before the end of her seventh year as an assistant professor, Tudor’s employment with Southeastern was terminated in 2011.

Tudor filed charges with the EEOC and eventually a lawsuit, claiming discrimination based on her gender in violation of Title VII, claiming that the defendants had engaged in unlawful sex discrimination by denying her tenure and the opportunity to re-apply based on her failure to conform to traditional gender stereotypes.

Back in November, the federal court denied the motion for summary judgment filed by the defendants, again rejecting their previously-raised argument that she was not subject to protection under Title VII and also disagreeing that she would have to show that her position was filled by someone outside her protected class.

The case proceeded to trial and although the jury did not find that Tudor had shown a hostile work environment, they did find that she had demonstrated that she was denied tenure because of her gender and that the decision to deny her the chance to re-apply was because of her gender and in retaliation for her complaints about workplace discrimination.  Based on all of this, the jury awarded her $1,165,000 in damages.

The issue of whether a claim of discrimination based on one’s transgender status is covered by Title VII is a hotly litigated topic and employers are well advised to make sure all levels of management are aware of the potential challenges that may be raised and avoid making any decisions or taking any actions which are based upon an employee’s transgender status.