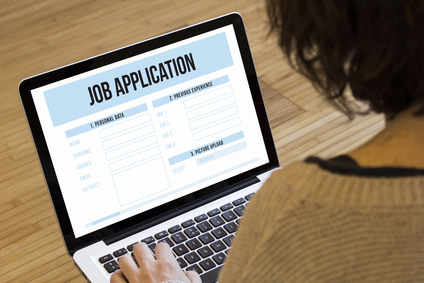 You have an online application process. When a candidate submits his job application online, he automatically receives an email telling him that his application has been submitted, that you will review his background to determine if his qualifications meet with posting requirements, and that you will contact him if it does. You don’t hire a particular applicant and he claims that it was because of his age-pointing to the automated email as evidence that you had knowledge of his age (which would have been obvious based upon the information in his resume). Is this enough to assert a claim under the ADEA?

Probably not. The mere fact that such an automated email response is sent would likely not be enough to show that an employer had knowledge of a job applicant’s age. See Belyakov v. Henry M. Jackson Foundation, Case No. DKC 13-3656 (February 9, 2016). The plaintiff in this case, Igor Belyakov, submitted an online application for an open advisor position with the Henry M. Jackson Foundation, a private, non-profit organization focused on medical research and education.

When candidates applied for the position with the Foundation, they were sent an automatic reply, telling them that the application had been received and then the application was stored in an online database. The employees charged with hiring the advisor were not specifically notified when applications were received. The job at issue was posted on November 7, 2012. Not long after the job was posted, an employee of the Foundation strongly recommended a particular candidate for the job. After this recommendation, the individuals responsible for selecting the advisor screened the applications in the online database at that time and scheduled interviews with several of them, along with the applicant who had been recommended by a current employee.

After this initial screening, those in charge of hiring the advisor did not go back to the online database. Unfortunately, Belyakov did not submit his online application until mid-December, after this initial screening had occurred. In January, the job was offered to another candidate. After the candidate accepted the job in February, the database was updated to reflect that the job had been filled.

The court rejected Belyakov’s argument, explaining that an automated email reply was not enough to show that the hiring team looked at his application or recognized his protected status. There was no evidence that any decisionmaker was aware that Belyakov applied for the job or knew of his age or acted with any sort of discriminatory animus.

Although the plaintiff’s claim here seems like a stretch, this case does touch on the concerns with what information is received by who in the hiring process. To the extent possible, it is best to avoid providing those with hiring authority with information about protected characteristics –when you can show that the decisionmaker did not even have the information, it can go a long way to eliminate an argument that a discriminatory animus motivated the decision not to hire.