Applicants with more than five years of experience need not apply. Could this be a problem? 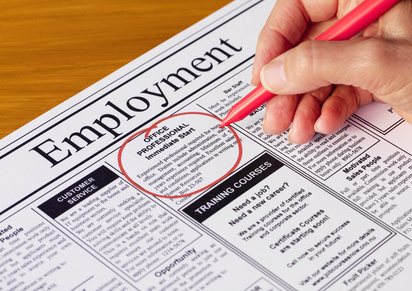 You have a job vacancy—and it is one that you think best suits an applicant without a ton of experience. In an effort to narrow the field to just those candidates who fit the bill in terms of experience, you post the vacancy online and include as one of the qualifications that the applicant should have no more than a specified number of years of experience. Could this lead to a claim of age discrimination?

Apparently so, at least in the Northern District of Illinois.   In a recent decision, the district court denied an employer’s motion to dismiss an applicant’s claim of disparate treatment under the ADEA under these circumstances. Kleber v. CareFusion Corp., Case No. 15-cv-1994 (N.D. Ill. November 23, 2015).

CareFusion was looking for an attorney to fill a senior counsel position. The qualifications in the online posting for the position included “3 to 7 years (no more than 7 years) of relevant legal experience.”   Dale Kleber was a 59 year old lawyer who had previously been the CEO of a national dairy trade association, general counsel for a Fortune 500 company, and the chairman and interim CEO of a medical device manufacturer. He submitted an application for the position but was not invited to interview. Ultimately, Kleber filed a lawsuit which included a claim for disparate treatment under the ADEA, claiming that the requirement of seven years or less of legal experience was based on the correlation between age and years of experience and was meant to weed out older applicants.

CareFusion asked the court to dismiss the disparate treatment claim on the grounds that failing to hire an overqualified applicant does not constitute age discrimination (a conclusion reached by courts in previous cases). However, Kleber had alleged that the experience cap was really just a way of weeding out older applicants not because of concerns of over-qualification, but because of “stereotypes and unfounded assumptions regarding older workers’ commitment and their willingness to be managed by younger, less-experienced supervisors.”

Although making sure to emphasize that its ruling on a motion to dismiss was not based on the merits of the claim, the court concluded that it was possible that an employer could use experience as a proxy for age and thus make decisions ostensibly about experience but truly motivated by assumptions regarding age. If so, this would be unlawful age discrimination. So, the court found, Kleber had at least stated a sufficient claim under the ADEA to survive the employer’s motion to dismiss.

At the end of the day, assuming the employer here can show that the reason for the experience cap was its desire to eliminate overqualified applicants (and had nothing to do with stereotypes or assumptions about older applicants), it seems like the chances of the plaintiff in this case convincing the court that the employer’s motives were improperly age-based are slim. However, the employer was unable to defeat this claim right off the bat and will have to deal with this lawsuit for at least some period of time. Employers should be cautious about limiting applicants to positions in ways that are tied to a protected characteristic.