Can You Stop an Employee from Signing Emails “In Christ”? 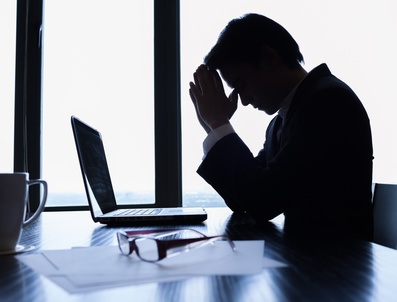 An employee for a state agency adds the phrase “In Christ” to his email signature.  The state agency tells him to stop and he eventually loses his job based on his refusal to stop using this phrase in his email valediction.  Can the employee bring a claim of religious discrimination?

Maybe so, at least according to one federal court in Iowa.  See Mial v. Foxhoven, et al., Case No. 5:17-cv-04007 (N.D. Ia April 4, 2018). In December 2015, Mial was hired as a Psychiatric Security Specialist at the Civil Commitment Unit for Sexual Offenders (CCUSO), a secure facility for the treatment of individuals who had been convicted of sexual offenses, a part of the Iowa Department of Human Services.  Beginning in March of 2016, Mial began signing the majority of his emails through his CCUSO account with the valediction “In Christ.”

Mial did not have any explanation for why he only started using this valediction four months after he was hired.  But, according to Mial, he used this valediction to proclaim his faith in all he does. In April, one of Mial’s supervisors became aware of Mial’s use of this phrase in emails and became concerned, specifically because he was worried about church and state separation issues and the potential concern that it would be viewed as promoting one religion over another.  A general email was sent out to all CCUSO staff stating that emails need to contain business related information only and not any personal messages (although there was no official policy stating this).

Mial refused to comply with this directive. In a meeting with his direct supervisor, Mial said that his religious views could not be separated from his business views. Mial also basically said that even if it meant he would be fired, he would be willing to accept the consequences.  Following another meeting with members of management, Mial still refused to stop using the phrase in his emails and his employment was terminated.  He eventually brought a lawsuit which included a claim of religious discrimination.

The state employer and individuals who were also named as defendants moved for summary judgment.  One of the arguments asserted was that Mial could not make a claim of discrimination because his use of this email valediction was just a personal preference and not sincerely connected to his religion. But the court found that it could not reach this conclusion as a matter of law and a jury would have to decide the question of Mial’s sincerity.  The defendants also argued that they could not offer any reasonable accommodation without violating the Establishment Clause (which prohibits governmental entities from favoring one religion over another).  But the court concluded that there was not enough evidence that Mial’s use of “In Christ” would lead anyone in the public to think that the CCUSO was endorsing a particular religion.  Additionally, found the court, there was not enough evidence that Mial’s email valediction caused any sort of disruption in the workplace or violated any neutral, generally applicable rules or procedures.

Here, of course, there were specific issues that arose because the employer was a public entity.  However, the question of what kind of accommodation needs to be made for one’s religious views arises in both the public and private sectors.  If the employer here had a religion-neutral policy that prohibited personal messages in one’s email signature block, the outcome may have been different.