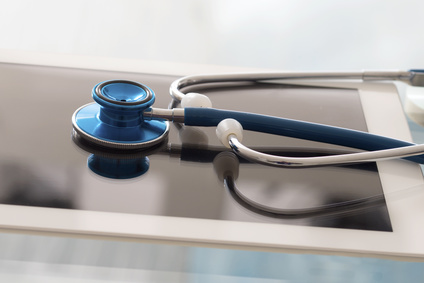 You are hiring for a position that has some significant safety concerns. You offer the job to an applicant, contingent upon a successful medical screening. The screening ends up showing that the applicant is morbidly obese and you are concerned about the risks that could be associated with his performing the functions of the job. You decide not to hire him. Can he succeed on a claim of discrimination?

Perhaps so, although you may be able to avoid liability if you can show that you did not perceive his obesity to be resulting from a physiological disorder. See Taylor v. Burlington Northern Railroad Holdings, Inc., Case No. C11-1289 (W.D. Wash. 2016). Casey Taylor applied to work for the railroad as an electronic technician. His employment was conditioned on a successful medical screening. The screening revealed that Taylor’s height and weight varied from what he had reported in his application and he had what the examiner considered to be an elevated body mass index (“BMI”). Based on this issue, the examiner referred his results to the railroad’s medical department. The railroad’s medical officer reviewed his file and, because he would be in a safety-sensitive position, sent him a letter which stated that the railroad was “unable to determine medical qualification . . . due to significant health and safety risks associated with extreme obesity ([BMI] near or above 40) and uncertain status of knees and back.” The letter told Taylor of some further evaluation he could have done of his health status and risks if he chose (at his own expense). Taylor was also advised that he could be considered for the job if he lost 10% of this weight and maintained that weight loss for six months.

Taylor ended up filing a discrimination charge with the EEOC and then a lawsuit-alleging discrimination based on both the railroad’s perception of his disability and his veteran status. As to the first claim, Taylor’s argument was that the railroad perceived him to be disabled because of his morbid obesity and knee and back problems.

The railroad moved for summary judgment on all of Taylor’s claims, including his disability discrimination claim related to his obesity. The railroad argued that obesity is not a disability unless it is caused by a physiological disorder and it did not perceive Taylor as having a disability related to obesity. Taylor’s claims had been brought under the Washington Law Against Discrimination, but because there was no state law on the issue, the court looked to the ADA and regulations and case law interpreting it for guidance. The court determined that the majority of courts have held that obesity is only a disability when it is the result of a physiological condition or disorder. However, other courts have held that obesity also could be a disability if it is sufficiently extreme or that even the employer’s belief that the weight is a disability is sufficient.

The Taylor court ended up siding with the majority of other courts—concluding that in order to constitute an impairment under the ADA, obesity must be the result of a physiological condition. The court pointed to the fact that the EEOC’s guidance about the ADA discusses the distinction between conditions that are impairments and physical, psychological, environmental, cultural, and economic characteristics that are not impairments. 24 C.F.R. § 1630. An impairment does not include physical characteristics that are within normal range and not the result of a physiological disorder. Id.

In reaching this decision, the court rejected Taylor’s argument that the amendments to the ADA required a finding that his obesity was an impairment. Even if it were true that the amendments were intended to expand what is considered a “disability,” that is “tangential to the obesity-as-disability question.” Taylor, at 15. Because Taylor did not present any evidence that his elevated BMI was caused by a physiological condition or that the railroad perceived it to be caused by a physiological condition, but instead actually perceived Taylor as potentially prone to developing physiological disorders in the future, the railroad was entitled to summary judgment on the claim of discrimination based upon perceived disability.

While the ADAAA certainly did expand the meaning of some terms included in the definition of disability, this case reminds us that at least in some contexts, there may still be some limits to the type of condition that will entitle one to protection. It also is an important warning to employers of careful documentation of the reasons for a medical determination like this—after all, the employer here was fortunately able to point to notes and communications regarding the specific concerns the examiner had about Taylor’s obesity. Had these reasons not been so clearly laid out, the employer may have had a harder time refuting the plaintiff’s claim.