You Fired Me Because I’m an Alcoholic—Is that Discrimination? 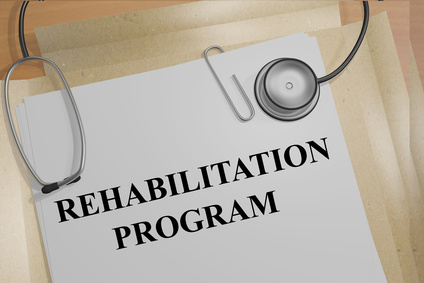 You have an employee that has suffered from severe alcoholism for some time.  After a couple of instances where he fails a breathalyzer while on the job, you fire him.  You tell him he can come back if he completes an intensive alcohol rehab program.  He enrolls in such a program and then after completion, applies for a job.  You decide not to hire him.  Should you be worried about a claim of disability discrimination?

Perhaps so—or at least you should be aware that his alcoholism may be a disability, according to a recent decision from the United States Court of Appeals for the District of Columbia Circuit.  Alexander v. Washington Metropolitan Area Transit Auth., No. 15-7039 (June 24, 2016).

Carlos Alexander was employed with WMATA, first as an Automatic train Control Mechanic Helper and then as a Communications Mechanic Helper.  After about eight years of working for WMATA, Alexander’s supervisor smelled alcohol on him.  Alexander failed a breathalyzer and was suspended and referred to the company’s EAP program.  At that point in time, Alexander had suffered from alcoholism for over 25 years.  Alexander returned to work around eight months later, subject to periodic alcohol tests.  When he continued to test positive for alcohol, he was fired.  But during his exit interview, Alexander was told that he could apply to be rehired in one year, as long as he completed an intensive alcohol dependency treatment program.

Alexander applied a number of times after completing such a program, but he was not hired by WMATA.  He brought a number of claims against WMATA, including a claim of discrimination under the Rehabilitation Act.

The district court ended up granting summary judgment to WMATA on the grounds that Alexander had not established that he was an individual with a disability under the Rehabilitation Act (which applies the ADA definition of disability) because he failed to point to any evidence in the record that his alcohol dependency substantially limited at least one of his major life activities.

The Court of Appeals disagreed with this conclusion—first because the district court had failed to consider whether Alexander had sufficiently shown that he was discriminated against because of his record of impairment or because he was regarded as impaired. Additionally, pointed out the court, the lower court had ignored the amendments to the ADA, which expanded the definition of disability.

The bottom line—the 2008 amendments to the ADA eliminated the requirement of evidence of substantial limitation on a major life activity for regarded-as-disabled claims.  All that Alexander needed to show was that WMATA took an action against him because of an actual or perceived impairment.  In this case, although WMATA claimed Alexander was not hired because he had falsified some information on his medical form and provided insufficient documentation of his completion of the rehab program, Alexander had presented evidence that when tried to get his job back, he was told that he couldn’t come back because he had failed the EAP program and because he was fired.  He also testified that he was told by an HR representative that she remembered him as the one that couldn’t have safety-sensitive positions.  Alexander also presented evidence of shifting reasons for his termination given by WMATA—first because he lied on a medical form, then later because he had to wait two years to re-apply.  There was also evidence from WMATA’s own witnesses about Alexander being a safety risk, along with acknowledgement that no one had ever been terminated for violating the substance abuse policy and then rehired.  All of this, along with the other evidence before the court, was enough to permit a reasonable jury to find that he was not hired because he was regarded as disabled.

Furthermore, found the court, not only had Alexander stated a “regarded-as-disabled” claim, but there was sufficient evidence to show that his alcoholism was a disability.  He had presented evidence that this condition substantially limited his major life activities, including the ability to care for himself, walking, concentrating, and communicating.

Since the 2008 amendments to the ADA, employers have been aware that challenging whether a condition is a disability is an uphill battle—even when it come to substance abuse or addiction issues. This decision only reinforces that point.  Additionally, even if there is room for argument regarding whether a condition substantially limits major life activities, you still may face a claim that you took action based on the perception of a disability.