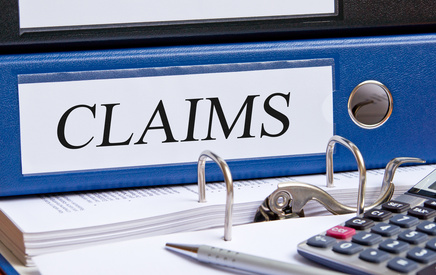 An employee takes extended leave because of a medical condition.  After exhausting her FMLA leave, the employee asks for additional leave as an accommodation.  Because of the nature of her position and needs of the company, you cannot provide this accommodation and she is terminated.  The next day she files her application for disability benefits, claiming that she is temporarily totally disabled.  Can she claim to be a “qualified individual” under the ADA and bring a claim based on her termination?

Whether or not an employee could ultimately succeed on such a claim, she might be able to at least get the chance to present it to a jury, according to a recent decision from the Fifth Circuit Court of Appeals.  EEOC v. Vicksburg Healthcare, LLC, Case No. 15-60764 (October 12, 2016).

Beatrice Chambers was a nurse working for Merit Health River Region, a division of Vicksburg Healthcare.  Chambers tore her rotator cuff in 2011 and needed surgery.  She requested and was granted twelve weeks of FMLA leave, at the conclusion of which she asked for a two week extension.  River Region denied this request and Chambers went to her doctor to get a release to return to work.  But when her doctor provided her the release, he stated that she could only do light duty work requiring limited use of left arm and that she could not lift, pull, or push anything over ten pounds.  Based on its determination that she was unable to perform her job, River Region terminated her.

The day after she was terminated, Chambers applied for temporary disability benefits, claiming that she was temporarily totally disabled from the rotator cuff tear and subsequent surgery and that her recovery date was unknown.

The EEOC ended up bringing a lawsuit against River Region, asserting that it had violated the ADA by terminating Chambers and failing to provide her with a reasonable accommodation.  River Region moved for summary judgment, arguing that based on Chambers’ own statement that she was temporarily totally disabled, she could not also claim that she was a qualified individual who could perform her job under the ADA.

Although the lower court agreed with River Region’s argument, the Fifth Circuit did not.  The court found that Chambers’ claim that she was temporarily totally disabled for the purposes of obtaining private disability benefits was not necessarily inconsistent with her claim that she was qualified under the ADA, because her claim may be that she could perform her job if provided with reasonable accommodation.  The court also pointed out that the EEOC had explained that nothing in the disability application indicated that Chambers had claimed that she was unable to perform the essential functions of her job without an accommodation.

Although the Fifth Circuit found that the award of summary judgment was incorrect, that does not mean that the EEOC will succeed on this case at trial.  However, this case points out the importance of going through the interactive process regarding reasonable accommodation and being careful not to confuse the differing standards which might come into play related to disability.