What Can you Ask about an Employee’s Medications? 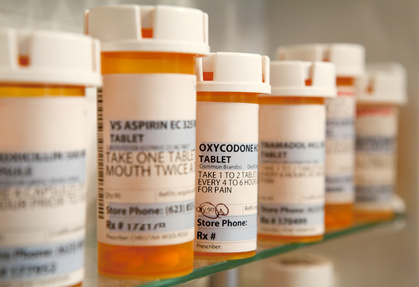 One of your supervisors finds out that an employee is under psychiatric care and asks him about the medication that he takes for his condition. The supervisor then tells the employee he cannot take that medication on the job. Is there anything wrong with his conduct?

Unless there is some connection between the inquiry and the employee’s ability to perform his or her job, asking questions about an employee’s medication for any medical condition could result in a claim under the Americans with Disabilities Act (ADA). Last week, the EEOC filed a lawsuit against Hester Foods, Inc., an operator of a Kentucky Fried Chicken in Georgia, claiming that it violated the ADA by impermissibly inquiring about an employee’s medication and then terminating her because of her disability. EEOC v. Hester Foods, Inc. d/b/a Kentucky Fried Chicken, Case No. 3:17-cv-00034.

According to the EEOC’s Complaint, Cynthia Dunson was hired to work at a KFC location in Dublin, Georgia, initially as a crew member and then promoted to shift manager. Dunson suffers from bi-polar disorder. When the owner of the store asked Dunson to stay after a staff meeting one day, she told him she had to hurry because she needed to get to an appointment with her therapist. The owner asked her why she was seeing a therapist and then asked her about the medications she was taking for her condition. After she identified the medications, the owner said, “you cannot take that sh*t and work here,” and then demanded that she flush the medicine down the toilet (going so far as to make the manager follow her in the bathroom to insure that she followed these directions). After her next shift, the owner accused her of taking the medication. When Dunson insisted that she had gotten rid of the medication as directed, the owner said that she better not be on the medication.

Dunson went to her doctor the next day and was advised that she needed to get back on her medication. She told the store owner that she could not completely discontinue the medication for safety reasons and he became angry. In light of all of this, Dunson’s doctor told her that she needed to take a few days off. After Dunson communicated this to the store owner, he ended up firing her, saying she could not return to work if she was going to let her doctor “put things in her head.”

Dunson filed a charge of discrimination with the EEOC. Last week, the EEOC filed a lawsuit on her behalf, charging that the KFC operator violated the ADA and specifically stating that Dunson had been unlawfully terminated because of disability and/or because she was regarded as a person with a disability due to her impairment and use of legally proscribed medications.

This was a pretty egregious example of an employer clearly overstepping the bounds—but it does serve to remind employers of the necessity of making sure all supervisors understand the limits of what they can and cannot ask when it comes to medical conditions and medications related to those conditions. When dealing with current employees, employers shall only make inquiries of an employee related to his or her disability (included related to medications) if this inquiry can be shown to be job-related and consistent with business necessity.