Posted in Family Medical Leave Act (FMLA)
The big news from the Department of Labor this week was the amendment of the definition of “spouse” in the regulations applying the FMLA. Of course, in 2013, the Supreme Court found that Section 3 of the Defense of Marriage Act (“DOMA”) was unconstitutional in United States v. Windsor, 570 U.S. ___ (2013). Following this […] READ MORE

Posted in Age Discrimination in Employment Act (ADEA), Americans with Disabilities Act (ADA), Discrimination Law
Is calling an employee “old man” discriminatory? It could be–just yesterday, the EEOC announced that Wal-Mart has agreed to pay $150,000 and provide other relief to a resolve an age and disability lawsuit filed by the EEOC on behalf of an employee. The EEOC charged that Wal-Mart discriminated against the employee by subjecting him to […] READ MORE

Posted in Retaliation
On February 4, 2015, the EEOC released its data regarding 2014 charges. In fiscal year 2014, 88,778 charges of workplace discrimination were filed with the EEOC. Apparently, the number of charges filed was actually down a little from recent fiscal years, but the EEOC attributes this, at least in part, to the government shutdown during […] READ MORE

Posted in Fair Labor Standards Act (FLSA)
What if an employee does not keep accurate time records in violation of company policy? Is an employer able to shift the blame onto the employee for any resulting unpaid overtime? In a recent decision from the Eleventh Circuit Court of Appeals, the court found that if the employer knows that the employee is underreporting […] READ MORE 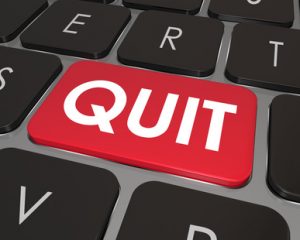 Posted in Fair Labor Standards Act (FLSA)
One of the unique features of a FLSA action is that any settlement must be approved by the court. At times, this can prove challenging for parties who must not only figure out how to satisfy one another, but how to make sure the court can also get on board with the settlement. In a […] READ MORE

Posted in Other
The Fourth Circuit Court of Appeals has not weighed in on whether there is a right to a jury trial under the Worker Adjustment and Retraining Notification Act (“WARN”). In a recent case in the Western District of Virginia, Judge James P. Jones ruled that there is no such right either created by statute or […] READ MORE

Posted in Fair Labor Standards Act (FLSA)
In March, we reported that the United States Supreme Court had granted cert in a case involving the question of whether time spent by employees working for Amazon.com in security checks at the end of their shifts was compensable under the Fair Labor Standards Act (“FLSA”). On December 9, the Supreme Court issued its ruling […] READ MORE