Can You Tell a Pregnant Applicant That You Really Need Someone Long Term ?

The Situation: A job applicant makes it through several rounds of interviews successfully and receives a job offer. However, before she accepts it, she lets the prospective employer know that she is pregnant and asks about maternity benefits. The employer rescinds the job offer, explaining that they really need someone who can be in the position for the long haul. Is this pregnancy discrimination?…

The Situation: An employee claims that she was repeatedly harassed by her supervisor in ways seemingly related to her sexual orientation—frequently saying that she dressed like a lesbian and similar remarks. The employee is actually heterosexual and married to a man. But based on the supervisor’s conduct, other employees begin to actually think that the employee is gay and she begins to feel compelled to explain her sexual orientation. If the employee quits because of the alleged harassment, can she bring a claim under Title VII?… 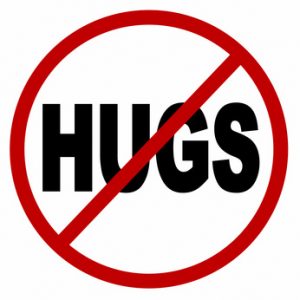 The Situation: One of your top level managers is known to frequently hug female employees, both in the workplace and outside of work.   A female employee who has worked for your company for a number of years ends up filing a charge with the EEOC, asserting a hostile work environment in violation of Title VII, claiming that based upon this manager’s frequent and unwelcome hugs, she has experienced significant stress and anxiety at the workplace.   Could your company face liability under Title VII?  …

The Situation: The EEOC has definitively targeted harassment and discrimination in the workplace based on sexual orientation, taking the position that sexual orientation is covered by Title VII.  And back in March, the EEOC filed a lawsuit against an employer in Pennsylvania in one of the first lawsuits brought by the EEOC alleging sexual orientation as a form of sex discrimination in violation of Title VII (EEOC v. Scott Medical Center, P.C., Case No. 2:16cv00225 (W.D. Pa.).  So what has the court decided about the claim asserted by the EEOC?…

Can Racial Statements of a Non-Decisionmaker Support a Discrimination Claim?

The Situation: An employee is terminated after he gets into some verbal disputes with some other co-worker.  He claims that the disputes all relate back to some inappropriate racial statements and discriminatory animus of a co-worker, who he alleges had an impact on the decision to terminate him, although clearly was not in charge of making the decision himself.  Can he state a claim under Title VII for discrimination based on his termination without any proof of racial animus on the part of the decisionmaker?… 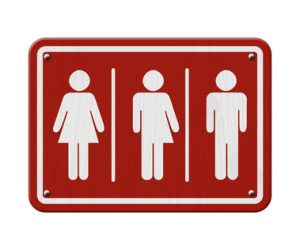 The Situation: An employee informs you that he is transgender and is in the process of transitioning to a man.  Based on concerns about other employees’ reactions, you inform him that he can no longer use the female restrooms, but also cannot use the male restrooms. Instead, he must only use the single occupancy gender-neutral restrooms.  Is this Title VII discrimination?…

The Situation: For a number of reasons, including trying to avoid any potential sexual harassment claims, you implement a policy under which you only allow job candidates to be trained by employees of the same gender prior to completing the hiring process.  Based on a smaller pool of female employees who can train them, female applicants end up having to wait quite a while to receive the necessary training (and thus less are hired).  Does this constitute discrimination?…

Title VII Liability for Racist Remarks of a Non Decisionmaker?

The Situation: Based on reports made by your supervisor about some performance problems of one of his subordinates, you fire him.  The terminated employee then claims that the supervisor made a number of racist statements to him.  Since the supervisor didn’t make the decision to fire the employee, can your company still face a claim under Title VII for discrimination?…