The Situation: You operate a company in which employees frequently use personal cell phones for work reasons.  A group of employees joins together and files a collective action, asserting that you failed to pay them overtime as required under the FLSA.  You want to get ahold of GPS and location services from their cell phones to support your suspicion that these employees were not really working during all the hours they now claim.  Can you get this information?…

The Situation: An employee claims that not only was he not properly paid overtime owed to him, but that when he complained about it, his employer retaliated against him—can he really claim damages based on pain and suffering?…

The Situation: Back in September, 21 states filed a lawsuit in federal court in Texas challenging the constitutionality of the rule changes scheduled to go into effect on December 1.  State of Nevada v. U.S. Dept. of Labor, Case No. 4:16cv00731 (E.D. Tex.).  The states (and many other business groups that ended up joining the states) claimed that DOL had exceeded its authority in making these changes and that these changes are in violation of the Tenth Amendment to the Constitution.  The states sought a preliminary injunction preventing the implementation of the new overtime rules.… 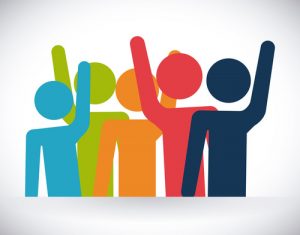 The Situation: A small business owner has his girlfriend help him with paperwork and advertising while he tries to grow his business. He does not pay the girlfriend any hourly wage or salary, the idea being that she is pitching in to make his business successful. A year and a half later, the couple breaks up. The girlfriend then claims that she is entitled to compensation under the FLSA. Can she succeed on such a claim?…

The Situation: As most employers are well aware, as of December 1, 2016 (unless something changes before then), the salary minimum for many white collar exemptions under the FLSA will significantly increase from $23,600 to $47,746.  If you have an employee who is making less than the new minimum salary, but also often works over 40 hours in a week, two options are clear--to either raise her salary to the new level to maintain her exemption status or to begin paying her time and a half for all hours worked over 40 in a week. But are there any other options available?…

The Situation: As all employers are aware, in May 2016, the Department of Labor (“DOL”) announced the final rule related to overtime changes.  From many employers’ perspective, the biggest and most significant change is the dramatic increase in the minimum salary necessary for the executive, administrative and professional exemptions—from $23,660 per year to $47,476 per year.  Employers of varying sizes and types and in varying geographic regions have raised concerns about how this will affect their ongoing operations.… 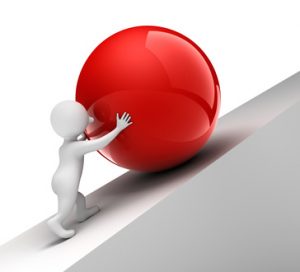 The Situation: You can face civil penalties if the DOL determines that you have violated any of the laws that its departments help to enforce—including, for example, OSHA and the FLSA.  Some of these penalties have stayed at the same amount for the last twenty years (or even longer).  But recently, as a result of an act passed by Congress directing agencies to adjust their penalties for inflation, the DOL has published a new rule increasing the civil penalties that will apply for certain violations.…

We have all been anxiously awaiting the publication of the Department of Labor’s Final Rule updating the overtime regulations since the issuance of the Notice of Proposed Rulemaking back in July of 2015.  The wait is now over.  So what do you need to know about the Final Rule?…